skip to main | skip to sidebar

Cannabis Science Can Save Millions on Healthcare 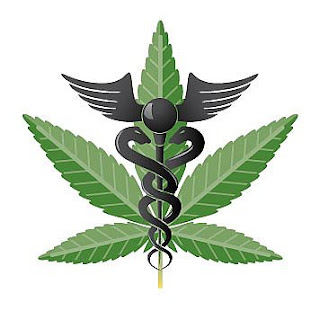 Several blogs and some online media outlets have been covering a new study by a San Francisco based company on cannabinoids potential anti-bacterial qualities. Cannabis Science Inc. was asked to report on the progress of research relating to the use of cannabinoids to reduce the spread of drug resistant bacteria such as methicillin-resistant Staphyloccus aureus (MRSA).

MRSA and similar "superbugs" are hospital breed bacteria that are much more resistant current antibiotics. People with weakened immune systems and those with open wounds are also more susceptible to these bacteria, making hospitals excellent breading grounds for the bugs. These new parasites are becoming a major problem by extending patients normal hospital stays and risking long term patients, such as AIDS or cancer patients, to further infections. The annual death toll for MRSA alone is now in the tens of thousands.

Dr. Robert Melamede, PhD., Director and Chief Science Officer of Cannabis Science Inc. stated that,University studies in both England and Italy support the company's findings by reporting that the five major cannabinoids found in marijuana showed exceptional antibacterial activity against two forms of MRSA that have been deemed epidemics in English hospitals. Unfortunately news of this new research is being downplayed in the UK because of the governments negative view toward using cannabis as a medicine.

The American Medical Association published in 2007 that MRSA infections caused 18,500 hospital-stay related deaths annually and directly increased healthcare costs by as much as $9.7 billion. Now, in order to gage California's contribution to these added costs, the simplest way would be to use the states percentage of the national population. In California this may even by a low estimation of its contribution due to the millions in added healthcare costs from unreported illegal residence. However, this may been seen by some as too inaccurate or too general of a measurement. So lets assume California's contribution to the national MRSA healthcare cost is only 6%, instead of it's relative population size to the county of 12%. This means that if the cannabinoid antibiotics are legalized in California and they eliminate the costs of MRSA infections, then California will save $582 million annually in healthcare costs.

This estimation also does not take into account the possibility that other states and nations, such as the UK, that have similar problems with antibiotic resistant bugs will take notice of the product's positive results. They may then legalize it for their own hospitals and populations, with a California based supplier ready to meet their demand.

Hopefully this is a good example of how much just one potential product from marijuana legalization can benefit the state economically, as well as an eye opening example of just how real, and potent, cannabis' medical potential is turning out to be.
Posted by Brian S at 1:07 AM